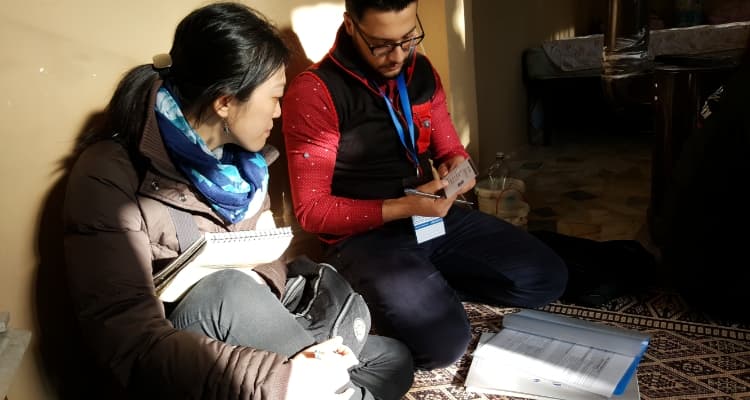 Since the organization's founding in 1999,
the REALs has been dedicated to conflict prevention and peacebuilding
in Asia, Africa and the Middle East.

We realize a society where conflict, violent extremism and social violence can be prevented and overcome and where people can co-exist.

We are committed to preventing and mitigating violent conflict, violent extremism, violence and social injustice in a sustainable manner, and aim to create a society in which people can co-exist, respecting our differences such as values, religion, ethnicity, nationality and gender.

Together with parties to conflict and people in affected areas, create and implement realistic options for preventing and solving problems.

Together with the parties to conflict, violent extremism and violence (victims, perpetrators, and those indirectly involved), we will identify the appropriate people, skills, materials, information, and resources to prevent, mitigate, and solve the problem, and create realistic and viable options.

At the same time, we will ensure that our interventions do not create negative impacts such as further conflict, exploitation, and undermining self reliance.

What our organization's name implies:

Creating new alternatives and working together to reach them.

The intention is to open up new avenues for preventing conflict, for livelihoods in areas affected by conflict, and for ways to help, so that we can make sure we reach as many people as possible with those choices.

Message from the President

I grew up in the country side of Japan. What made me want to work for peacebuilding and conflict prevention was a picture of the genocide in Rwanda that I came across in a newspaper when I was in high school. It made me realize that I had the right to "freely choose my life" but I had been making excuses not to do it. And I realized that there are people in the world who do not have that right.

Since I left for Rwanda when I was 20 years old, I have been going back and forth between the war-affected areas and Japan. What I realized during those days was that while there are various options for the future of society, each of those options has a time limit. And once the deadline has passed, we cannot choose again. Conflict and social turmoil cannot be dealt with once the negative consequences have become too severe for us to recognize and act on.

REALs aim to create new alternatives rather than waiting in vain for a dramatic messiah to arrive in the event of an emergency, or to engage in unconstructive criticism of others. Rather than mourning after lives are lost, we create a way to prevent the loss of life.

We can build a society in which those who have lost their lives want to be born again. Please join us in our efforts to create a society that is " my business" for both you and the people in the affected areas.

She has been a trainer as well and being engaged in series of training development and facilitation to Government, International Organisation, NGOs/CBOs/CSOs, community members. She has been also assigned as a Member of Evaluation Committee for National Action Plan on Women, Peace and Security (WPS) for Japan since 2017.
She obtained BA in Policy Studies from Chuo University and then MA in Conflict Resolution from Bradford University in UK.
The Honors and Awards she received include; Edward Lynn Award Fund (UK, 2000), Akino Yutaka Research Fellowship (Japan, 2000), UN21 Award (United Nations, 2003), Nikkei Woman of the Year 2012 (Japan), AVON Award 2012 (Japan), International Leaders Programme (UK, 2015) etc.